Los Angeles-based DJ Ryan Skyy released his debut single "Lovestruck" via Liftoff Recordings on Friday (Dec. 4). Skyy has been a big name in dance music for years, having had six No.1 Billboard-charting remixes from acts such as Adele and Ariana Grande.

Skyy -- who previously released an official remix of Janet Jackson's single "Made for Now" in 2018 -- co-produced the new track with Shayan Amiri and Marc Schneider from musical duo Schmarx and Savvy. Savvy assisted the three with writing on the track. Skyy teamed up with vocalist Sadie Rose Van and Liftoff Recordings, the label imprint started by production/DJ duo Disco Fries, for his first single release. The label, which began in 2013, has been home to numerous up-and-coming acts such as Sebastian Park, MIMO and the Disco Fries themselves. 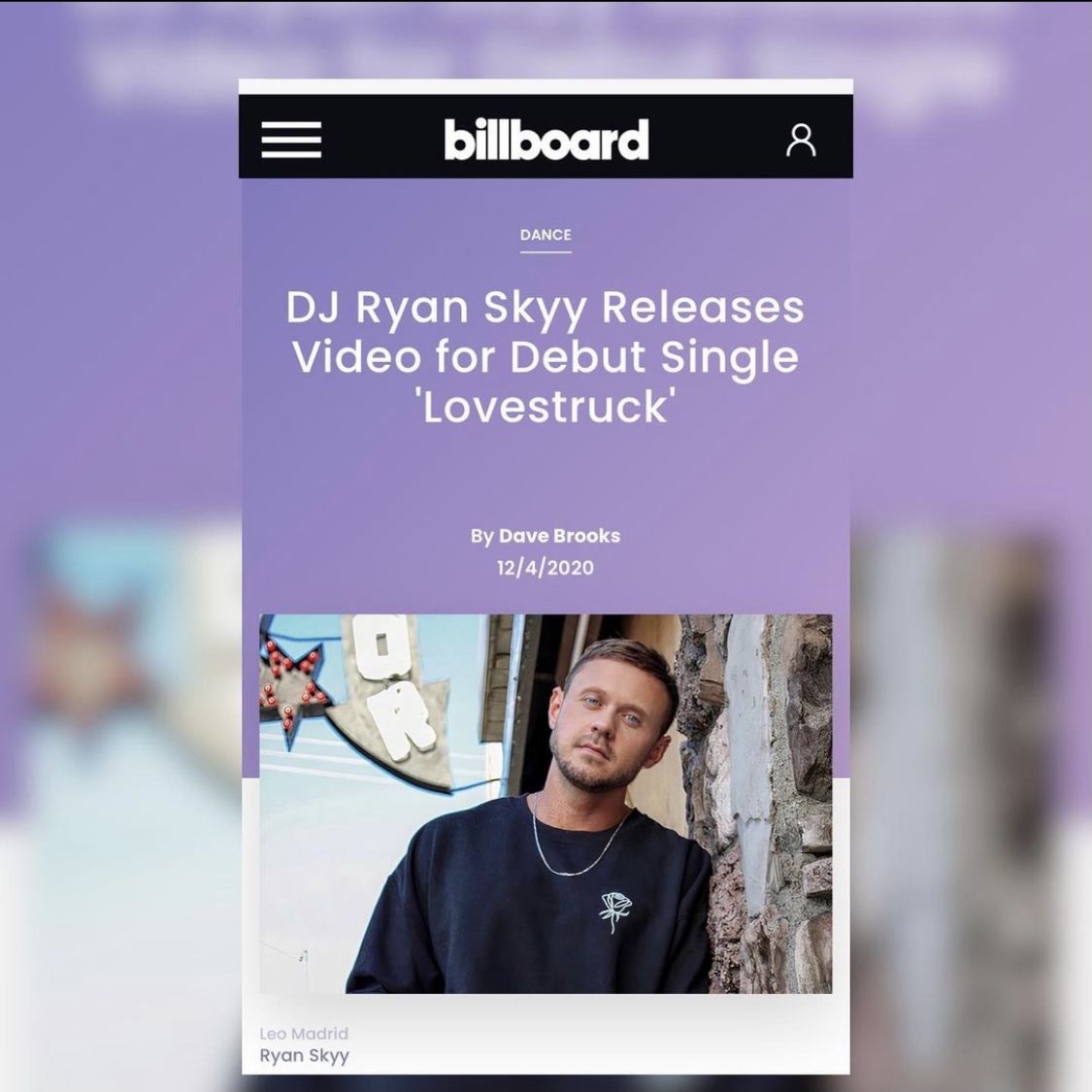