Are you looking for a top music producer in Los Angeles?

As a musical artist in Los Angeles, you have a creative vision. And if you’re passionate, you want to do everything in your power to bring that vision to life, creating the music you know that you were born to make.

But in most cases, you can’t do it alone. Like any great project, making music requires working with a talented team to bring your dream to reality. For musicians in Los Angeles, that means finding and working with a top music producer. But because this is a city that is overflowing with talented producers, finding the right fit can be a challenge.

You need to consider a producer’s reputation, what genres they work with, and whether or not you’ll be able to afford what they charge, and artistic compatibility, among other things.

If you’re trying to create the next big house and festival hit in Top 40, EDM or hip-hop, your search should probably start and end with Shayan Amiri. Shayan is passionate, not only about his own music but about every project he takes on, paying attention to the smallest details that can make a song jump out of the speakers and land deep inside a listener’s heart and soul.

There’s no place Shayan would rather be than laying down beats, experimenting in sonic space, and creating memorable tracks to share with the world. 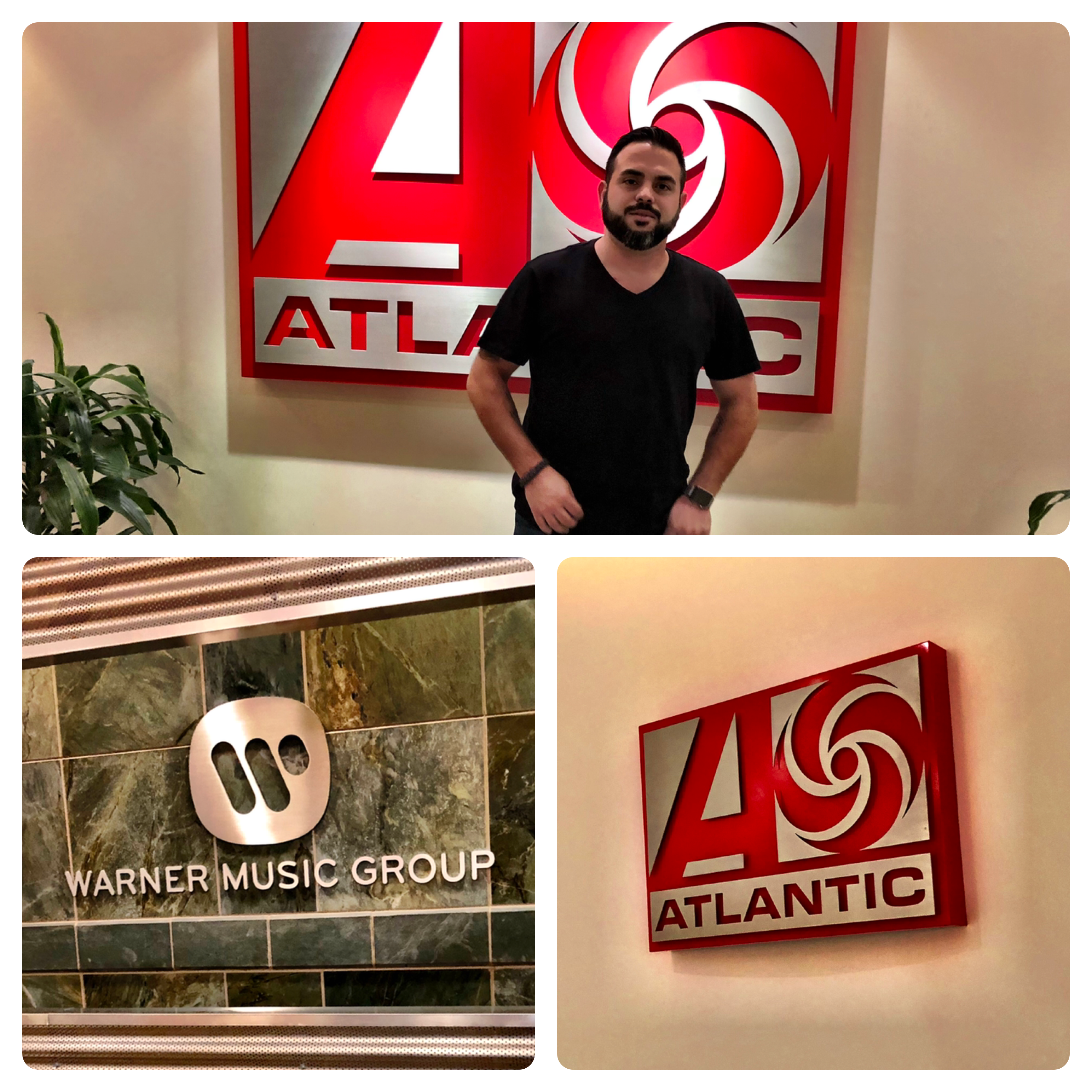 Shayan is a multifaceted and multi-talented producer who is the head of an up and coming music production company in Los Angeles. He has garnered lots of notice and earned critical acclaim from several artists who have entrusted him with their music, producing beats, engineering, mixing and mastering tracks for many of the next generation of cutting edge musicians.

But Shayan is more than just the head of a music production company. He is also an artist who shapes every beat of every song he works on. His intuition and a finely tuned ear create music that reflects his own sensibilities and the artistic visions of those who he collaborates with.

Shayan is easy to work with, but he is also highly focused and will fight hard for ideas that will take a rough cut to final finished art, only compromising when it is for the good of a project.

If you’re a serious artist who wants to take the important step of working with a music producer for hire in Los Angeles, you need to be very clear about your goals. Otherwise, you’ll end up spending a lot of money and walking away with a project that you may not be happy with. Hiring a good music producer is smart, and may not cost as much as you think. A good producer will take your songs, sounds and arrangements and make them better, sometimes infinitely so. They’ll also work with you to identify your strengths and weaknesses and then develop a recording strategy that emphasizes the best parts and minimizes the others. They will also know how to select and craft songs that will best reach your audience without compromising your artistic vision.

As an emerging producer with a growing string of successes, Shayan Amiri will work with an artist, taking their concepts and molding them from raw energy and partially developed ideas, into a polished finished product that will be radio ready and club ready. You only get one chance to make a good first impression and so it makes sense to work with a truly dedicated professional like Shayan to give you the best shot at seeing your musical dreams reach reality.

Because it’s the center of the music world, there is an abundance of talent to choose from when you’re looking for a record producer in Los Angeles. That can be great news, but it can also leave you with too many choices to make. When deciding who to hire for your next project, you might want to consider the following factors.

Work style. Some record producers work best in large studios, while others prefer a more intimate setting, either in a small studio or in a home recording environment. Knowing what works best for your particular style will lead to greater compatibility and a better final product.

Musical background. If you’re a country singer and the producer you’re considering does nothing but hard rock songs, you might want to consider finding someone else with a musical background that’s more suited to the type of music you want to make. While versatility to a point can be great for the creative process, there should be some kind of common ground so that it’s easier to share ideas.

Confidence. A great record producer will be confident in their ability to take charge of a project without being too cocky. They will need to demonstrate a good depth of musical knowledge, a good ear for what works, a good ear for what is trending, and a high degree of technical expertise.

Challenges you. A producer’s job is to take good music and make it great. The only way this happens is by challenging you to grow as an artist, to accept the possibility of new ideas, and to consider collaborative possibilities as you move forward.

Passion. It can’t be taught. It must be organic. When a producer shows passion for your work, it should inspire you to rise to new heights creatively and as an artist. Finding the right balance of passion combined with making sound decisions regarding the direction a song should take is an art form. But if you find the right producer, the passion will spring up and be reflected in your final product.

The backbone of virtually all EDM, house music, hip-hop and other types of electronic music starts with great beats. Beat makers in Los Angeles have been laying down tracks for a long time now and the field is crowded if you’re looking for a pro to help you build your next great song.

While working with a beat maker may seem simple on the surface, the key to getting the best possible beats is finding the right person to help you take the sounds in your head and turn them into actual music.

Shayan Amiri has been involved with music for the better part of his life. He has deeply immersed himself into every aspect of Top 40, EDM, house and other related genres of music, creating several polished songs from start to finish. If you’re working on a project and you need an experienced beat maker with lots of credits to his name, Shayan Amiri can let you listen to several of the hottest sounds. He can take your song and give it the backbone it needs so that it can take on a life and personality of its own.

WHAT I CAN DO FOR YOU

I can help you produce your next project. I specialize in making beats & producing in Top 40 styles such as Future Bass, Funk, R&B, HipHop, Trap and EDM.

I can help you mix and master your next single or album. I specialize in mixing and mastering most Top 40 styles of music and can Master for iTunes.

I can help produce your vocals. I record vocals at a professional studio and use the best tools available to comp & pitch correct leads, and time align harmonies and doubles. 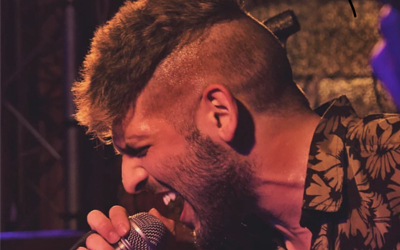 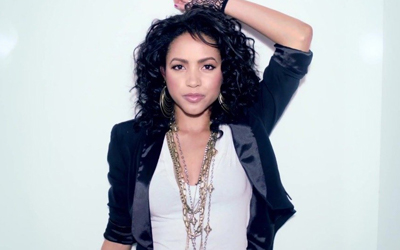 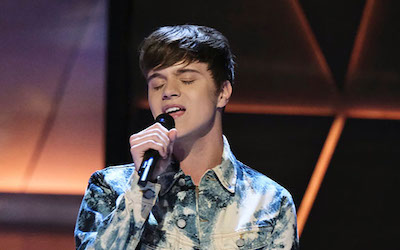 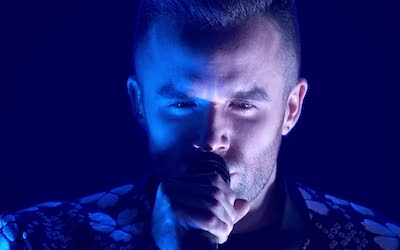 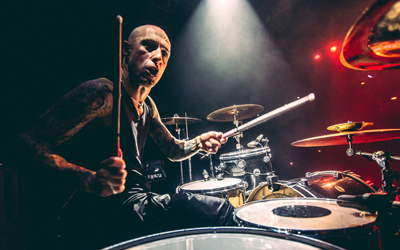 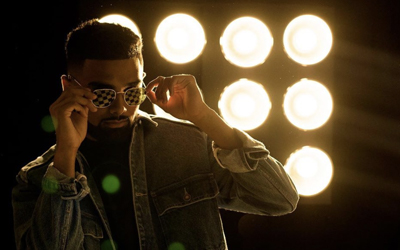 An innovative approach to sound design in Los Angeles

Creating the optimal environment for recording is critical for creating the best possible final tracks. Shayan Amiri has given considerable attention to sound design and built a studio experience that is warm and inviting, allowing every creative possibility to take shape and be born. While many studios are dark and closed off from the world, Shayan thinks differently. His studio has windows to the outside world, allowing the natural sunlight and beauty of the surrounding environment to stream in and inspire his work.

The studio itself is a reflection and expression of his creativity as well. He has optimized his production space to best meet the exacting needs of producing high-quality Top 40, Pop, Hip-Hop, Future Bass and EDM tracks. This is complemented by a considerable investment in state-of-the-art software that removes virtually all the boundaries of creativity. Paying attention to all aspects of sound design, Shayan has installed LA Sound Panels for optimal studio acoustics, Universal Audio’s Apollo Twin MKII as his audio interface and Genelec 8351 speakers for the purest of sounds.

Shayan Amiri’s reputation continues to grow with each successive project he completes. But if you’re new to the music business, what can you expect when you retain the services of one of the best music producers for hire in Los Angeles?

There are several roles that Shayan will serve in if you retain him for your project. Perhaps the most important of these is preproduction. Generally, this means that as an artist, you will work with Shayan to select and improve upon the songs that will be recorded. A producer such as Shayan will bring a strong sense of song structure and arranging skills to your project, helping to plot out how the final finished product will sound, as well as collaborating with the artist to improve and shape the content and sound of a song. From here, the artist and the producer will move into the actual production of a song. As a producer, Shayan will wear many hats during this part of the project, acting as a gatekeeper, quality control guru, cheerleader, psychologist or whatever else is required to get the project done, and done right.

When the song or songs have been recorded, then they need to be mixed. This is where Shayan’s expertise in the technical aspects of the mixing equipment will play an extremely valuable role. Finding just the right levels of sound between the vocals, beats, guitars or other instruments is one part technical expertise, one part intuition, and one part of just having a great ear for what works.

Finally, a great music producer will bring the project home by mastering the songs. This is where various EQ and compression parameters are applied to the finished mix, and also require a seasoned and specialized set of ears. Poor mastering can take the life right out of a project, so it’s smart to be patient while the mastering process is taking place, allowing the mastering engineer room to do this very important and specialized work.

Shayan Amiri continues to be sought out by some of the top and emerging artists in Los Angeles for his mixing and mastering engineering skills. In the rapidly changing musical landscape of Southern California, Shayan has been able to take his unique sense of what makes for a great sound and combine it with a high level of technical expertise to produce hit after hit.

Many artists in the Top 40, Pop, EDM and other related genres seek him out for his growing familiarity with this type of music, knowing that he will get the nuances and tones just right. Mixing and mastering this type of music remains an art form in and of itself, so finding the right producer to take on a project is critical to producing the best possible final track. Music industry professionals appreciate his professional approach as well as his ability to mix a track that shines sonically through thoughtful decisions in the studio that enhance a project and make it as good as possible.